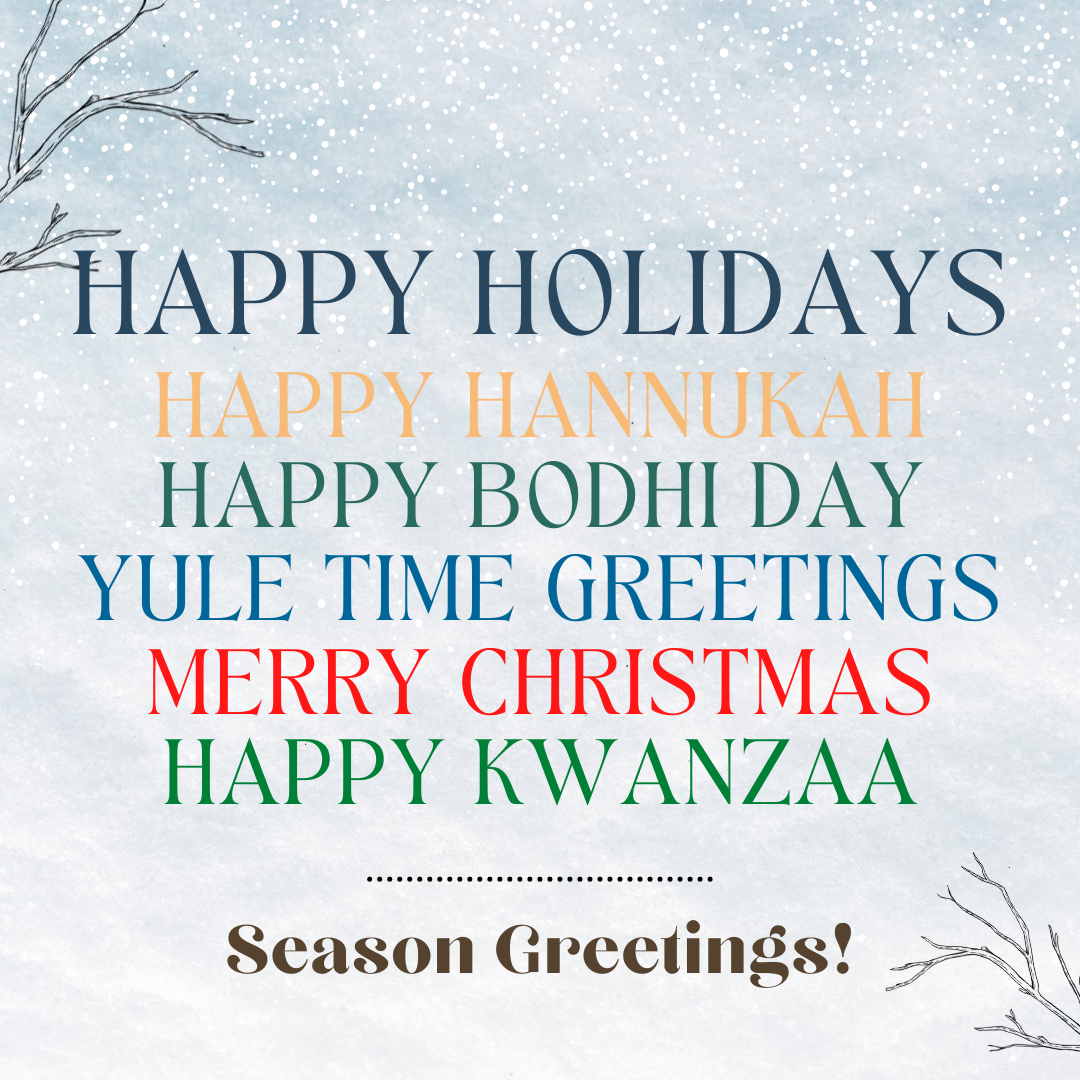 December is the month of holidays. Our clients show us the beauty in a diverse community. With so many to celebrate this month, we thought we would share a little history on each. Whatever holiday you celebrate, we’re wishing you the best and hope it’s filled with family and friends.

The eight-day Jewish celebration known as Hanukkah or Chanukah commemorates the rededication of the Second Temple in Jerusalem. It also celebrates a miracle, where just a day’s supply of oil allowed the menorah in the Temple in Jerusalem to remain lit for eight days. Hanukkah, which means “dedication” in Hebrew, begins on the 25th of Kislev on the Hebrew calendar and usually falls in November or December.

The enlightenment of the Buddha is among the most significant events in Buddhist history, and it’s an event commemorated annually by many Buddhists. English speakers often call the observance Bodhi Day. Perhaps because of the austere nature of the Buddha’s quest for enlightenment, Bodhi Day generally is observed quietly, without parades or fanfare. Meditation or chanting practices may be extended.

Also known as Jul, Yule predates the Christmas holiday by thousands of years. While we observe the winter solstice around the world, Germanic cultures of northern and western Europe primarily celebrated Yule. At the midpoint of winter, they celebrated the rebirth of the sun and the light it would bring to the Earth. Yule celebrations included bonfires, decorating with holly, mistletoe and the boughs of evergreen trees, ritual sacrifices, feasts, and gift-giving.

Celebrated on December 25, commemorating the birth of Jesus. December 25 had already been identified by Sextus Julius Africanus in ad 221 as the day on which Christmas would be celebrated, and it was celebrated in Rome by ad 336. During the Middle Ages Christmas became extremely popular, and various liturgical celebrations of the holiday were established. The practice of exchanging gifts had begun by the 15th century. Christmas today is regarded as a family festival with gifts brought by Santa Claus/St. Nicholas. As an increasingly secular festival, it has come to be celebrated by many non-Christians.”

Kwanzaa is an African-Americans celebration of life from 26 December to 1 January.  Dr. Maulana Karenga introduced the festival in 1966 to the United States. The word “kwanza” is a KiSwahili (Kenya, Uganda, Tanzania) word meaning “first.” The seven principles of Kwanzaa utilize Kiswahili words: unity, self-determination, collective work and responsibility, cooperative economics, purpose, creativity, and faith. Each of the seven candles signify the principles.

We Are Here For You

While our community moves between different phases of opening, we will continue to serve our…

Happy Thanksgiving All. This picture is a classic from Norman Rockwell called "Freedom from Want"…